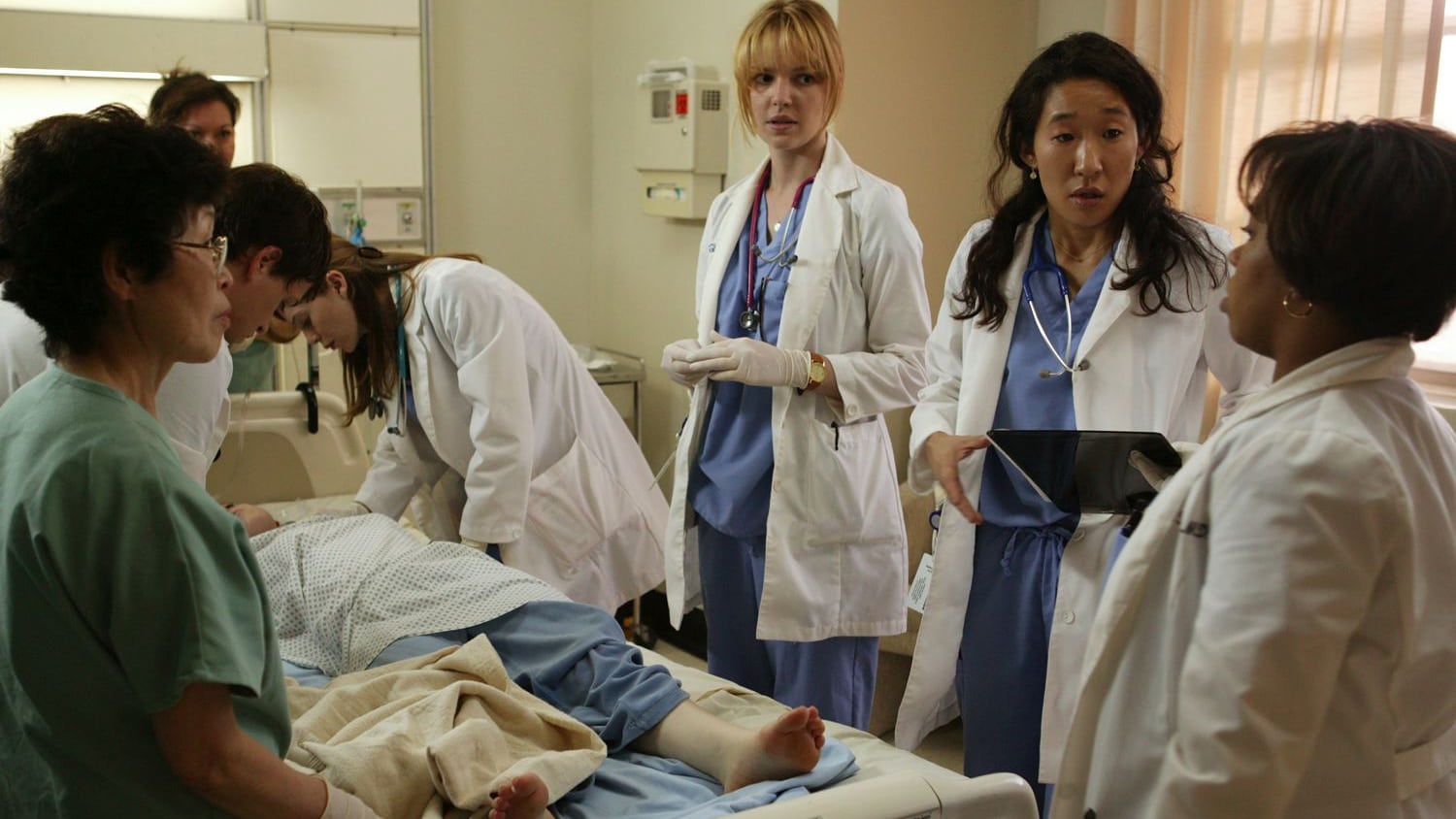 Meet Meredith Grey. Daughter of famous surgeon Ellis Grey and currently recovering from a one-night stand. She shoos away her evening’s companion, saying she’ll be late for her first day of work. She is a first year intern at Seattle Grace Hospital and is working alongside some colorful characters. Cristina Yang is a highly competitive Stanford graduate who befriends Meredith. George O’Malley is a quirky warm hearted man who learns a lesson or two on his first day. Izzie Stevens is a former model who doesn’t get any special treatment on her first day. And Alex Karev is an arrogant jerk who misdiagnoses a patient on his first shift. Overseeing them is Miranda Bailey, (not-so-) affectionately dubbed ‘The Nazi’. Meredith also gets a surprise when she realizes that her friend from the night before is a co-worker, and even worse, her boss.